Celebrity Cougars and Their Cubs

Madonna is an American actress who is known to be a legendary cougar. The actress has been in limelight for her previous affairs with the younger men. She has a huge list of cubs in her cougar den and one of the most famous names in this list is her trainer Carlos Leon and David Blaine. Carlos Leon is 7 years younger than Madonna and the magician; David Blaine is 14 years younger than Madonna. Madonna, who was the real heartthrob in the 90’s, has still got a lot of charm in her and she is a cougar that always look for new prey.

Demi Moore is a female celebrity that got very famous in the 90’s. She got married to Bruce Willis and they have three daughters together. Soon after the separation with Bruce, Demi put on her cougar shoes and got cozy with a younger co-star Ashton Kutcher. The female celebrity got a huge attention for getting it on with the younger man. Ashton is 15 years younger than Demi and they both are seen together at various events and red carpets. They had a very nice relationship and it was turned into marriage soon after. The cougar has got tight paws on her prey and they got married in 2005. The two love birds got separation in late 2011 and this cougar is back on hunting.

Susan has charmed younger men since the 80’s and she has a huge list of young lovers. She had a huge sex appeal that attracted audiences for years. She first laid hands on Franco which was 12 years younger than her and soon after they got separated after a few years. Then, the cougar pounced on next young man named Tim Robbins. Now, Susan Surandon is 63 years old and Tim Robbins is 52 and they are living happily with their two children.

Halle Berry is famous for her role in the cat women and has attracted many young men. She had some bad experiences in the start with the baseball player and the musician who turned out to be a sex addict. After some bad experiences, she started hunting and pounced on 10 years younger Gabriel and this relation went quite well for both of them. She also had many cozy relationship with the younger co-stars.

Almost all the mature female celebrities have had relationships with younger guys and only few relationships turned out to be successful. 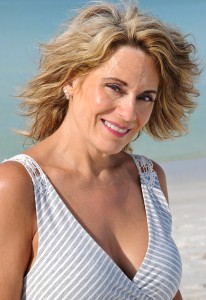